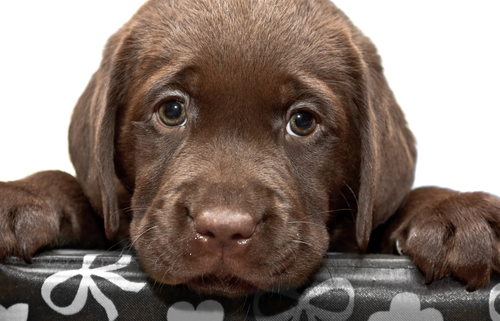 Does your dog ever use their eyes to tell you something?  Well, don’t be surprised.  A recent study has discovered that our most clever pups use their eyes to communicate with their owners, particularly when it’s regarding food or attention.  They also use their eyes to show their affections, and fears.  It is truly a reflection of their soul.

Research conducted by K9 Magazine found that almost two thirds of dog owners reported that their dogs use a certain ‘look’ to communicate their needs, instead of barking, whining or nudging.  The research team continued their study to find that dogs can use intense eye contact when they are expressing their concern over the welfare of humans. Scientifically, the optic nerves are linked to the hypothalamus, the area of the brain where emotions and memory are located.  This is the same in humans.

Dogs also use their eyes to communicate with other dogs.  For example, a dog’s eyes brighten when they look at another dog that they consider to be friendly.  When a dog is afraid, their pupils dilate and they show the whites of their eyes.  When you look into the eyes of your pets, you will be able to distinguish genuine love.  Give it a try!