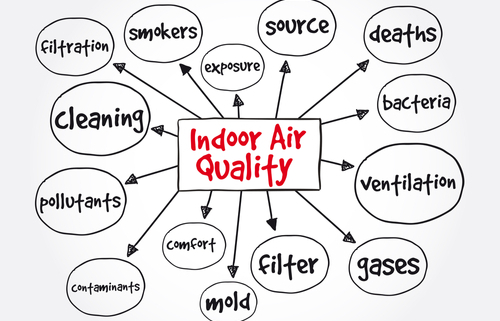 Research has proven that air pollution is a detriment to the health of human beings.  People who are exposed to air pollution experience several symptoms including coughing, wheezing, shortness of breath, and chest tightness.  Cardiovascular disease may also become an issue as well.  Did you ever think about how it may affect our furry friends as well?  There are many pet owners who have concerns about the effects of air pollution on their animals, and scientists are beginning to study the potential risks for pets that have exposure.

Not many people know that air pollution originates from a variety of sources.  Not only fumes from vehicle traffic, but from power plants, construction, the burning of gasoline and sources such as ovens, wood burning stoves, tobacco smoke and fireplaces! One might assume that pets living in urban areas may have a higher exposure to air pollutants, but that is not always the case.  Pets which live in rural communities are exposed to chemicals such as herbicides, fungicides, and insecticides.

Let’s talk about some of the studies which have been conducted.  Pets living in homes with cigarette smokers have increased health risks, perhaps even greater than those humans living in the same home.  This is due to pets spending so much time near the floor, where smoke concentrations are higher.  Pets are also at risk from outdoor air pollution.  There was a study where scientists examined the brains of local dogs to compare them with the brains of dogs in cities with less pollution.  The brains of dogs living in Mexico City showed inflammation, amyloid plaques, and neurofibrillary tangles, which are associated with Alzheimer’s disease in humans.

How can you take steps to reduce the exposure to air pollution?

Because many pets spend most of their time indoors or in their yard, it’s important for owners to take steps to minimize exposure to air pollution both inside and out.  Be sure to change air filters often, vacuum and sweet frequently to remove hair and other pollutants, choose chemical-free cleaning products, and select areas for outdoor exercise where the air is much cleaner (away from major roads).

Gingivitis in Dogs
Scroll to top